Bip39 (Bitcoin Improvement Proposals) describes the implementation of a mnemonic code or mnemonic sentence – a group of easy to remember words – for the generation of deterministic wallets. It consists of two parts: generating the mnemonic, and converting it into a binary seed. This seed can be later used to generate deterministic wallets using BIP-0032 or similar methods.

A mnemonic code or sentence is superior for human interaction compared to the handling of raw binary or hexadecimal representations of a wallet seed. The sentence could be written on paper or spoken over the telephone.

Seed phrases are sometimes called “mnemonic phrases” in technical literature. A seed phrase, seed recovery phrase or backup seed phrase is a list of words which store all the information needed to recover a Bitcoin wallet. Wallet software will typically generate a seed phrase and instruct the user to write it down on paper. If the user’s computer breaks, their hard drive becomes corrupted or their hardware wallet get lost, broken or stolen, they can download the same wallet software again or buy another hardware wallet and use the paper backup to get their bitcoins back. The problem with the paper is that can easily degrade, catch fire or get wet and became useless. For this reason we recommend the KryptoDots® Backup Kit to anyone who keeps their words on paper.

Anybody else who discovers the phrase can steal the bitcoins, so it must be kept safe like jewels or cash. For example, it must not be typed into any website, computer software program (notepad, Microsoft Word/Excel/PowerPoint, etc.) or in front of image capturing devices like phone camera or surveillance cameras.

Seed phrases are an excellent way of backing up and storing bitcoins and so they are used by almost all well-regarded wallets.

The word order is important.

It is not safe to invent your own seed phrase because humans are bad at generating randomness. The best way is to allow the wallet software to generate a phrase which you write down.

The power of backups 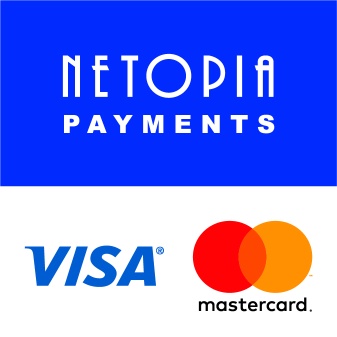 This website uses cookies to improve your experience while you navigate through the website. Out of these, the cookies that are categorized as necessary are stored on your browser as they are essential for the working of basic functionalities of the website. We also use third-party cookies that help us analyze and understand how you use this website. These cookies will be stored in your browser only with your consent. You also have the option to opt-out of these cookies. But opting out of some of these cookies may affect your browsing experience.
Necessary Always Enabled
Necessary cookies are absolutely essential for the website to function properly. This category only includes cookies that ensures basic functionalities and security features of the website. These cookies do not store any personal information.
Non-necessary
Any cookies that may not be particularly necessary for the website to function and is used specifically to collect user personal data via analytics, ads, other embedded contents are termed as non-necessary cookies. It is mandatory to procure user consent prior to running these cookies on your website.
SAVE & ACCEPT
0
Your Cart